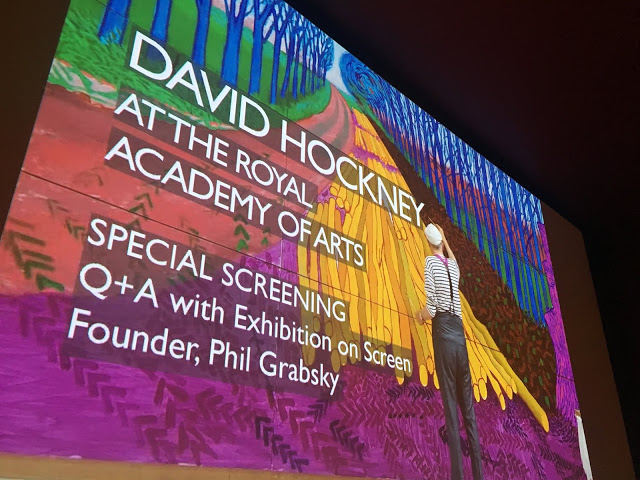 Exhibition On Screen tour of Australia and New Zealand. 14 days – 12 cities – 41 interviews – 16 Q&As – and not enough sleep. That just about sums up a trip I have just completed to the other side of the world to help launch the new season of EOS films – commencing with David Hockney at the Royal Academy.
We have been in both countries since the start and have built up a loyal audience but every year something changes – not least the increased competition. In just a few years, event cinema has grown in its offering of theatre, opera and ballet. And we too in the arts have a rival by the name of Artbeats – headed by a friend of mine based in Italy. I’m delighted from the point of view of the ordinary person in Australia and New Zealand – indeed any country anywhere – as there is no shortage of great cultural events and films to go see now in your local cinema. 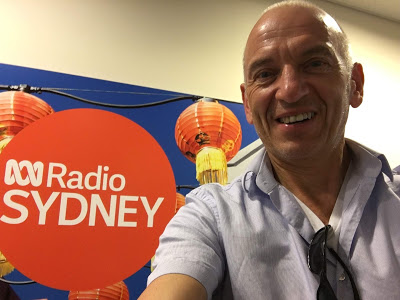 From the point of view of EOS alone, it’s tough as who has the time or money to go twice, three times, a week to the cinema. So we have to fight for your attention: we have to make great films first and foremost and then we have to make them known to you – time, date and place… And encourage you to buy your seats and go see them. Trust me, it’s not easy. Hence my trip. It was full on until about 1am every night and up again around 5 or 6am but it was thoroughly worthwhile. I have done such tours three or four times and so have some previous contacts but still I was surprised by how much press we got and how extraordinarily positive it all was. Even after 7 years, you still get the ‘so tell me what Exhibition On Screen is’ questions but much more was about Hockney and our other upcoming films on Canaletto, Cézanne, Van Gogh (an encore of A New Way of Seeing) and I, Claude Monet. 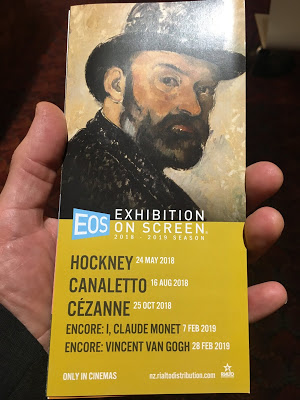 I also found the audiences in both countries to be extremely attentive, encouraging and supportive. The questions after the films were sometimes pretty hard (!) but always gracious and energised by a film they had thoroughly enjoyed. In fact, I must be honest: the response to Hockney was so strong it took me by surprise. It’s, in some ways, a relatively simple film – two exhibitions and three interviews – compared to other more complex films we make but people – you – loved it to bits. The credit lies with Hockney of course – he and his art are so full of creativity, insight and humour. To hear the laughter night after night in different (superb) cinemas from Perth on the west coast of Australia all the way east to Auckland in New Zealand was a great boost for me – and my team.

And all those wonderful press reviews might have been a bit late to ensure the audiences we needed for Hockney but I hope they ripple positively for the next film in the Exhibition On Screen schedule which is Canaletto and the Art of Venice from the Queen’s Gallery, Buckingham Palace which deserves an award for the longest title ever, if nothing else. Enjoy!