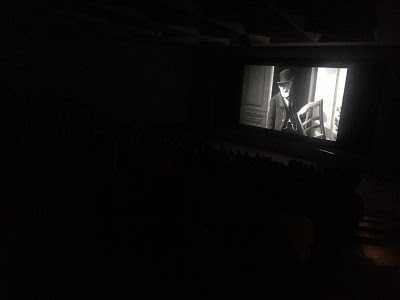 OK, America, it has to be said that you still don’t know what good coffee is (in hotels at least) nor bacon nor apples (import them from Britain please!) and a barely audible ‘uh-huh’ is not how to respond when someone says ‘thank you’ but there are so many things I love about this wonderful country that I always enjoy my trips here. Luckily some of those things are in the worlds I inhabit on my visits – namely art museums, cinemas and, when I get the time, running.  Many countries have great galleries but no country has so many in so many cities…I have just visited a few in New York, Washington, Richmond & West Palm Beach.  But that hardly scratches the surface: think LA, Pittsburgh, Cleveland, Denver, Toledo, MoMA, Met, LACMA, the Getty and so many more.  Yes, it’s largely down to historic economic power that these collections have come to be but that’s no different to anywhere else and no worse than through historic military power which helped create so many of the European collections.

So, a few days in the USA – and visiting as many galleries as I can. Plus a few screenings of both an encore film I, CLAUDE MONET as well as a new release CÉZANNE – PORTRAITS OF A LIFE. Plus a bit of research for a film we have in production which is yet to be announced (stay tuned)! Plus various other meetings…  A busy few days indeed.  What made it great fun though was the daily visit to a different cinema to introduce a film and then take questions afterwards.  I have been visiting American independent cinemas for 15 years and they just get better and better but above all it’s the audiences I like. They are always so enthusiastic, interested and gracious. There are many Americas – just as with any country – and one has to distinguish between the rather two-dimensional America that might be presented on the nightly news from the multi-faceted one you’ll meet for yourself.  It’s a huge country and, like English churches, there are way too many cinemas for one person to ever visit in one lifetime, but the response EXHIBITION ON SCREEN has had this week has been fantastic across the board and will keep me coming back. You can’t help but be encouraged by such an enthusiastic response. 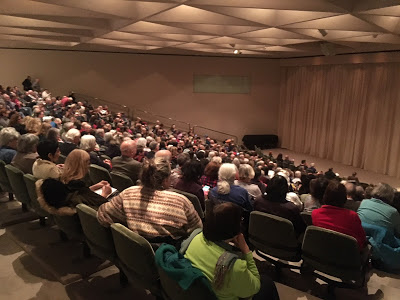 The third aspect I really enjoy in the USA, on a personal level, is a simple one: running. On this visit I have run along the Hudson in NY, the C&O canal and Potomac in DC, the James in Richmond, the Atlantic Ocean in West Palm Beach – it’s a great way to explore. But watch out for the police guarding President Trump at his Mar-a-Lago resort in West Palm Beach – I am not sure what they thought a sweaty runner could do but they didn’t want to take the risk of finding out, that’s for sure. Despite that, and although ten days is a long time to be out of the office, I look forward to coming back soon!