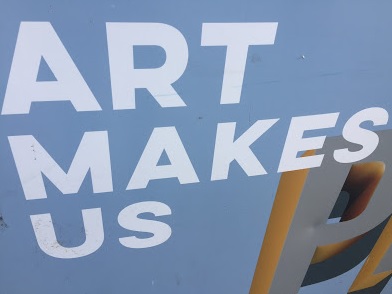 The last time I checked there were over a thousand film festivals a year – so that’s three a day.  No doubt that figure is increasing all the time.  So how and why does a filmmaker attend a festival? In my time, I have been to plenty all around the world – all are distinctive for one reason or another, and some are certainly more useful than others as far as distributing one’s new film is concerned.  One thing they do share is that they are a great place to see great films that you almost certainly will never otherwise have seen.

I know how hard it is to raise the funds to make decent films so I am always taken aback by how many good films do get made.  So, comment no.1 would be if your city has a festival, go every day and see as many films as possible.

As someone who adores documentaries I love going to festivals just to watch films. However, I simply don’t have time so I have to choose really carefully.  So, some will go to a festival to try and pick up distribution.  Festivals like Sundance, Toronto, Berlin, Cannes are full of new work looking for a home with someone who will bring them to the world. As we distribute our own films, that’s not relevant to me.  Plus I’m personally no fan of those hugely busy events where everyone is just a little bit too concerned about how they look and who’s there to notice.

Another reason to enter a festival to present your film for the first time to a paying audience and see what they think.  That is certainly one of the reasons I love Vancouver – the crowds are enthusiastic, informed and (it’s that Canadian thing!) very nice!  Reason no.3 is to pick up early reviews.  This is actually pretty important – you need reviews for the poster, the social media campaign and so on.  The one great thing about films is that they get far more reviews than anything you’ll do for TV or digital. Reason no.4 might be to pick up an award.  We’ve won plenty and I’ve no idea whether it has made much difference but it’s still nice.  Our new Hockney film picked up an Audience Award in its first screening and that was a great boost to us all.

Reason no.5 is festivals can be great fun. Again, Vancouver is my absolute favourite festival partly for that reason – they do everything right and look after us film-makers really well.  So, for example, instead of one big dinner for all the filmmakers that can be uncomfortable if you don’t know anyone and no-one has the sense to make introductions, Vancouver does small intimate lunches of 6-8 filmmakers each day. Much better and much more valuable.  Reason no.6: it can take you to some great cities – I still regret turning down festivals in Tehran, Kathmandu, Tallinn, Skopje, Busan, Kiev, Doha, and plenty more.  On the other hand, I’ve been to plenty of others and had a great time.

But I’ll come back to the reason that I think we all need to remember: there is no better place to see a film than in a cinema.  Most of the films I have seen this week in Vancouver have been excellent and, if I had seen them at all, it would almost certainly have been on my laptop. Please, I encourage you to buy my DVDs and download my films BUT the best place to see any film is in the cinema. Yesterday, I watched my own film David Hockney at the RA on a huge gorgeous screen at the VanCity Cinema in Vancouver – the quality of the sound and picture was out of this world.

That was a tough project for various reasons but yesterday all that was forgotten and it brought a tear to my eye.